A NEW 13B STREET KING IS CROWNED 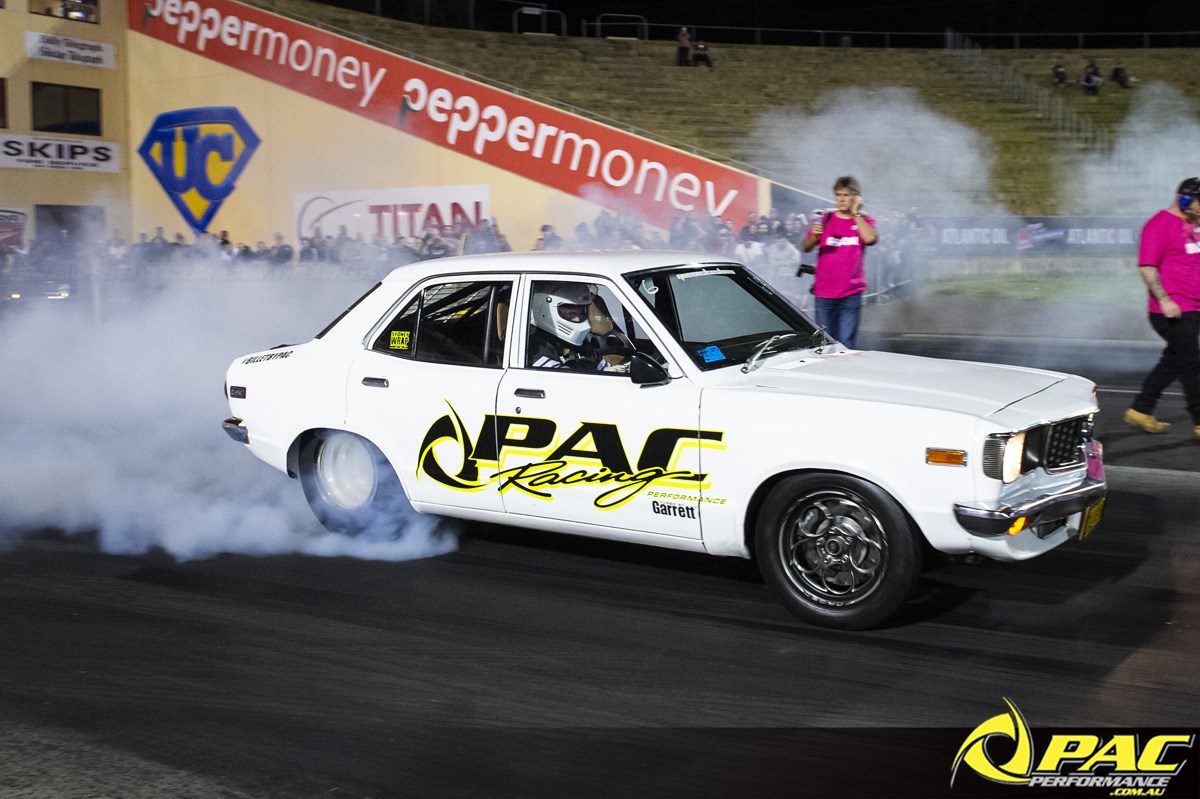 It's nights like this that make all the hard work, the dyno time and late nights at the shop all worth it!

Having been chasing a small but detrimental electrical glitch with CALHLP that has been holding the car back for the past few months, frustration was beginning to build within the team, however, after  hours of dyno time & thorough testing, a breakthrough was had earlier this week which saw confidence levels boosted and the decision was made to get the car out for a run... 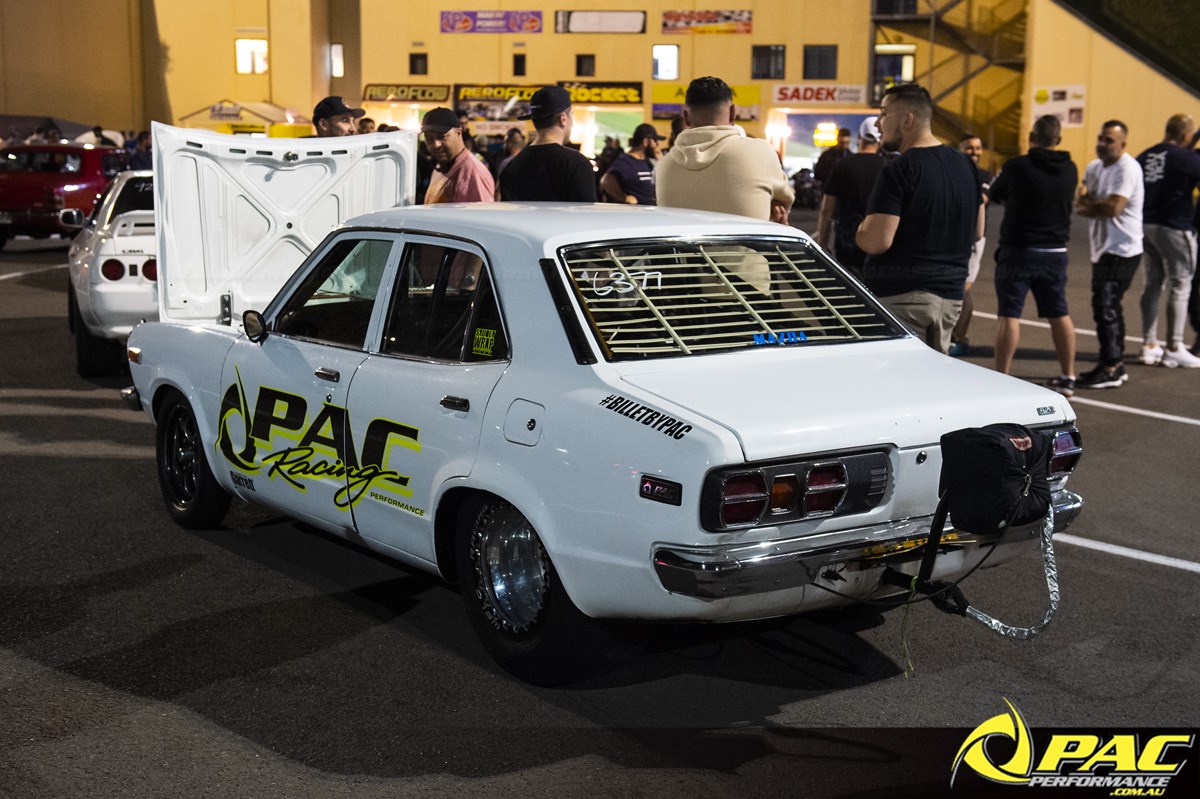 With the car now leaving the line hard and flat thanks to the boys at Profab Motorsport Fabrications Rami was able to steer the car to consecutive PBs, starting off with a cruisy 8.66@154, followed by a 8.53@156.

Now the issues well and truly sorted and some tweaking of the boost curve by Peter 'P-Boost', the car rocketed to an 8.489@156.9 which was backed up just a few minutes later with another 8.483@156! 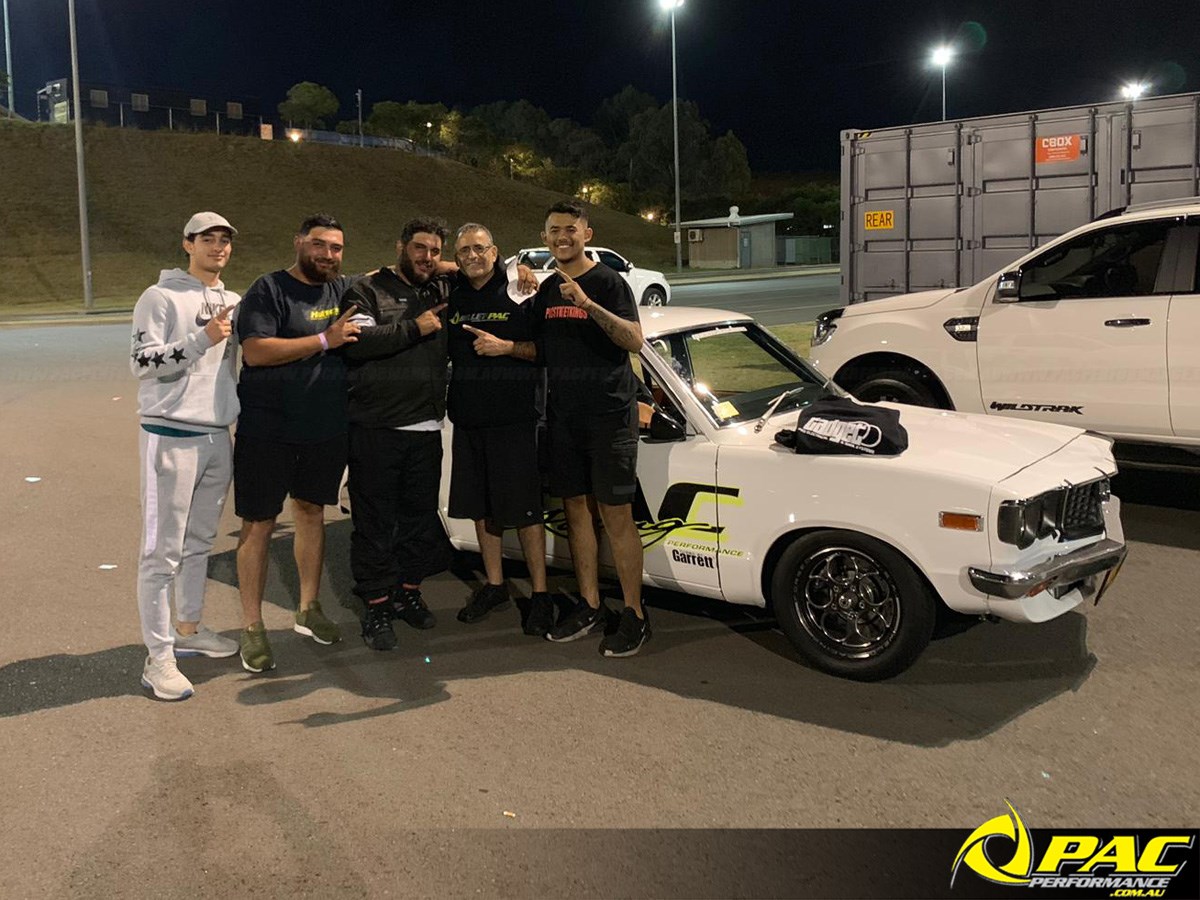 Running a total of 5 passes for the night, the last 4 all run within a few mins of each other with the boys packing the chute in the staging lanes and the fact the car was driven to the track in peak hour traffic and then home again (after a quick kebab stop) it just goes to prove the kind of performance & reliability that's possible from these rotary engines & exactly what we aim to achieve with every single car that we build!

We have a new 13B Street King ladies & gentlemen and don't think that's all she wrote either 'cos we're nowhere near finished yet! Congratulations Rami Gambino! 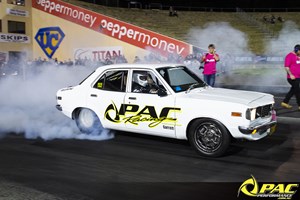 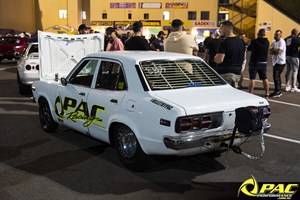 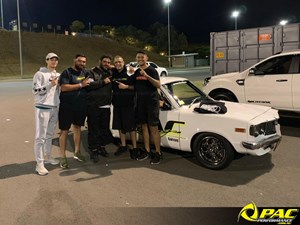