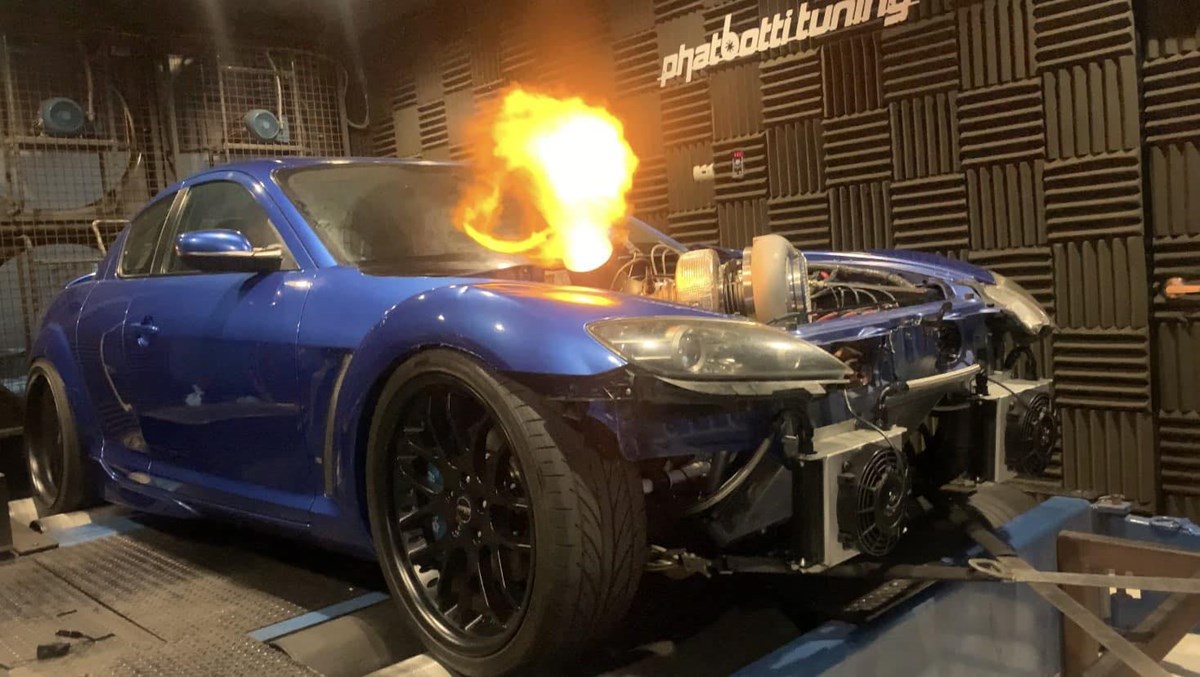 When we think of rotary records, drag racing is usually the first thing to come to mind however, there’s a select few speed enthusiasts out there that find a quick 400m blast a little too short for their liking and prefer to chase records over a longer distance & most notably higher speeds, and no we’re not talking about circuit racing… We’re talking ‘Land Speed Record’, recorded over a three mile stretch (one mile times segments) on the famous Bonneville Salt Flats in Utah.

Richie G is one of these guys, set on making his mark on the world stage with goals of reaching 250mph across the flats in his 13BT RX8. Currently still running the Renesis 13B MSP in the car with a monster Garrett Advancing Motion GTX55, the car is unofficially the worlds most powerful Renesis, recording 625RWHP. This unique setup has been tagged as Stage 1 in Richie’s plan and will be the setup that powers the car during it’s shakedown phase. 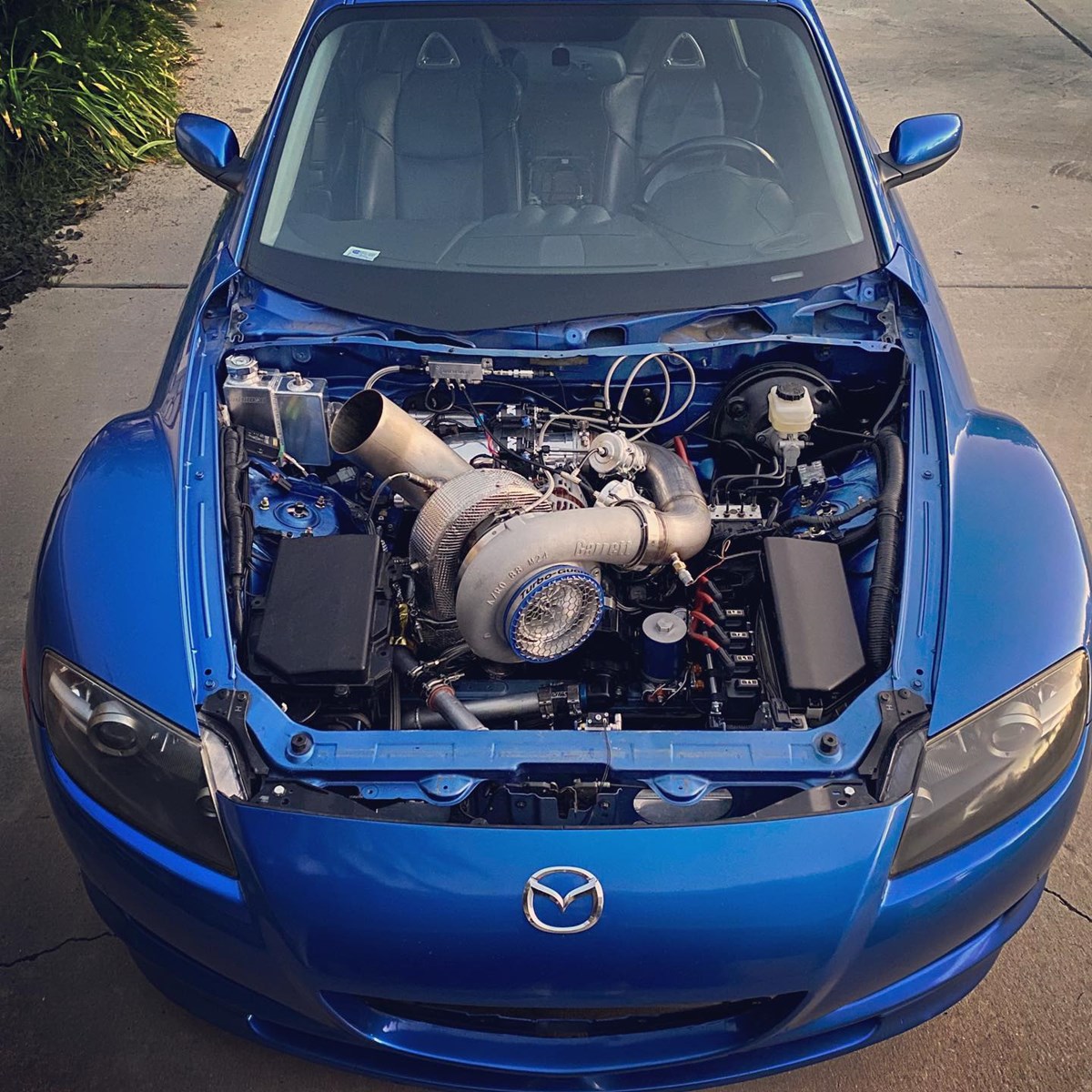 With big plans moving forward though, Richie contacted Pac Performance in early 2021 to discuss Billet By Pac plates and plans for a new billet 4 Port 13B engine build that will hopefully see horsepower levels double to successfully slingshot the car to 250mph and beyond!

Being such a unique build and application, we were intrigued and had to find out a bit more about the project from the man himself.

The RX8 was originally my daily driver and even when I first bought that car brand new off the lot in 2004, I knew the car would someday compete for the land speed record - I was a big fan of Jim Mederer and the Racing Beat FD RX7 which holds the World Record of 242mph. It was around 2015 when I decided that I wanted to get started on the project and I started with the fun part first, the motor, deciding to go for the impossible which was to make over 500whp with a Renesis which I achieved in 2020, making 625whp on methanol with an 85mm Garrett turbo. This setup is stage 1 which we will be doing the shakedown passes to get the car set up right before stepping up to stage 2 with the Billet By Pac 13B.

Yes.  I do all of the engine building, electrical, suspension, drivetrain, fuel system and co-tuning with @turblown for the turbo methanol Renesis that’s controlled by an Adaptronic. Most of the fabrication including roll cage, aero/body & paint is outsourced.

Stage 2 will see the car running a turbo methanol Billet by PAC 13B that will be controlled by an FT550 which I’ll tune myself. (with a lot of advice & guidance from you) I knew that even if I made 700-800whp with the Renesis, it wouldn’t be enough so that’s when I reached out to Rocky to discuss plans for a new powerplant.  If I’m going to attempt to set a new rotary world record, I’m going to do it with a Billet by PAC motor - that decision was an easy one!

In addition to the quality product and outstanding customer service & reputation I really appreciate PAC’s family-oriented and approachable demeanour.  They’re the big dogs in the Rotary world yet still treat you like family. In my opinion, the Billet by PAC brand just gives me the overall best chances for success and achieving the power levels needed.

The current world record for a rotary is 242MPH which was set in the “Modified” category-C/BGMS class (Blown “Gas” Modified Sports).  That record was set in 1995 at the Bonneville Salt Flats in Utah by Jim Mederer of RacingBeat who was piloting a triple turbo 20B FD.

The C/BGMS class was retired so that specific class record can never be broken and will be held by Jim and Racing Beat forever.

We will be competing in the “Modified” category as well but in the F/BFMS class (Blown “Fuel” Modified Sports).  The difference being that “F/“ is a smaller engine class than “C/“ and the fuel type is alternative fuel/methanol versus gasoline/petrol.  The current record for F/BFMS is 220.626MPH

-What kind of distance will you be running for this record?

Bonneville Records are set on a long and short course system. On the long course system, vehicles over 175 mph, is a 5 mile track (2 miles to get up to speed, then three one mile timed segments).”

We’re planning to attend a couple of 1/2 mile airstrip events between Feb and April for shakedown passes with the phase 1 setup. If everything goes well then we’ll step it up to phase 2 with events at El Mirage Dry Lake in May, June & July with the PAC motor. Then hopefully Bonneville salt flats in August for Speedweek and September for the World Finals.

We’re certainly excited to be part of such a cool project and look forward to working with Richie to help him reach his goals. We’ll be following the cars progress closely so stay tuned for updates and if you would like to keep up to date with Richie’s project be sure to check out his Facebook page ‘LandSpeed Rotary’ and follow him on Instagram @landspeedRX8.

ECU: (Current) Adaptronic M2000 which will be upgraded to a Fueltech FT550 for stage 2 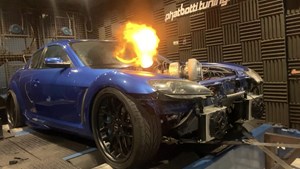 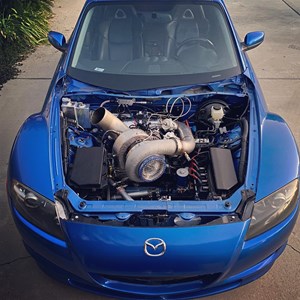 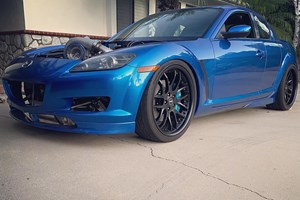 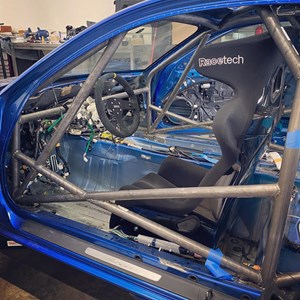 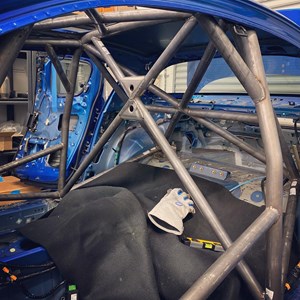