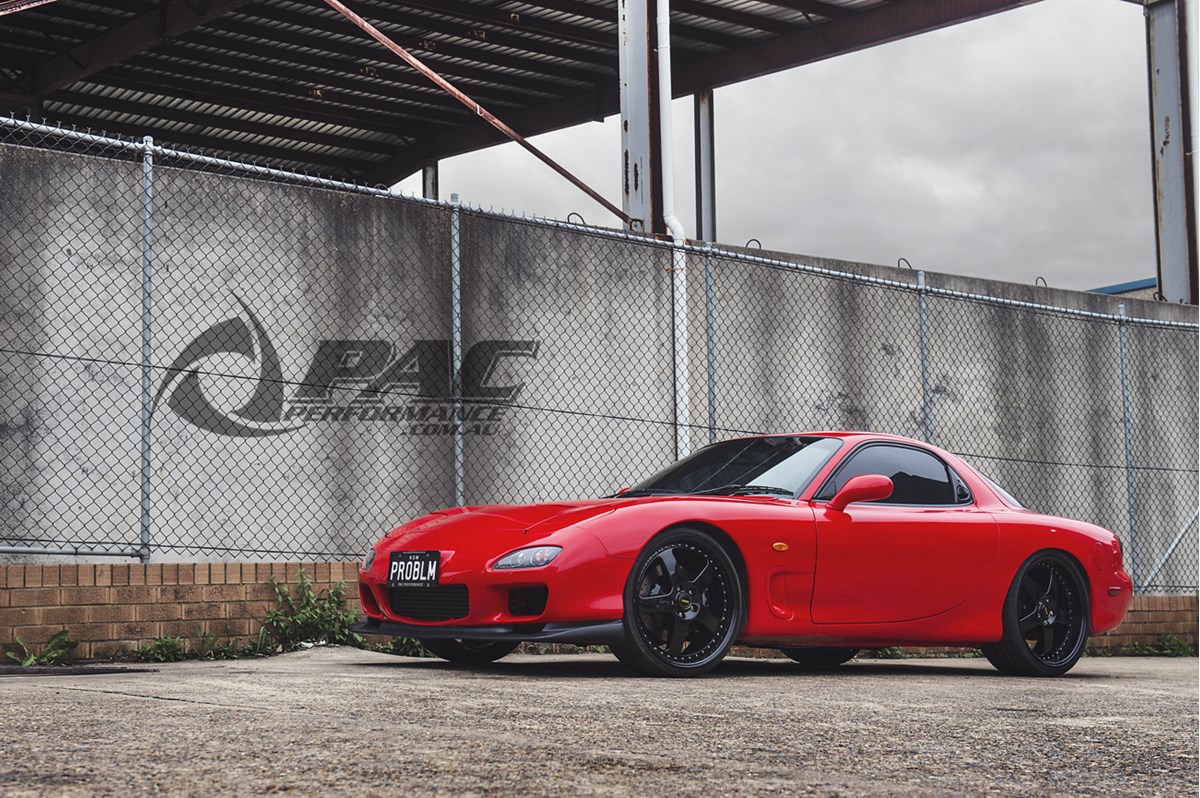 There's no doubt that the FD, like the other series RX7s are seeing a boost in popularity in the past 12 months with the early model Mazdas demanding big dollars good shells getting thin on the ground. The FD RX7 has long been touted as mazdas best chassis ever produced and for a factory car we'd have to agree however, we've proven time and time again, the best can still be made better!

Teaming up with ??? from Penrith Mazda, we set out to build his then stock-standard Aussie delivered S6 from the ground-up into what we'd consider to be the ultimate street FD. Nothing crazy or too out there, just a well thought out & well built car that makes use of the FDs great chassis and timeless styling. 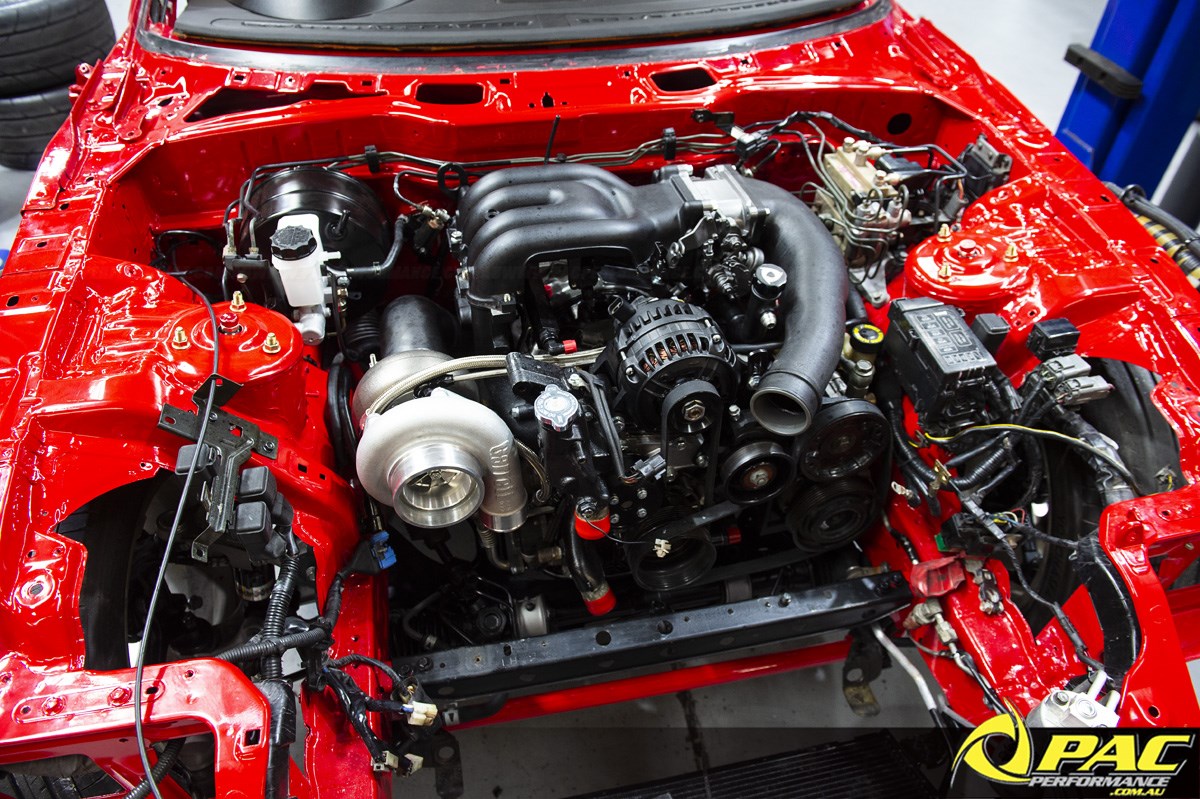 The car itself was in amazing condition and the perfect candidate for the project which saved a lot of time and $$. Starting up the front, the original engine was treated to a full refresh including a street bridgeport. The biggest change in the engine bay is the factory sequential turbo setup being replaced with a Garrett Advancing Motion GTX3584r GenII turbo as part of our FD Single Turbo Conversion Kit.

Now we all know that an engine combo is only ever as good as the management system controlling it, so when it came to chosing an ECU to run the show, the decision to go with a MoTeC M130 was an easy one, spliced into the car with a custom harness by Nathan at Connexion Concepts.

As part of the package, the factory cable-operated throttlebody was replaced with an electric DBW arrangement to open up a heap more tuning power management opportunities.

On the fuelling side of things, we've replaced the original tank setup with one of our bolt-in High Capacity setups with two in-tank Walbro pumps.

Brakes and suspension have also been upgraded and overhaulded throughout, with new bushes, joints and several new genuine Mazda components, along with a set of BC racing coilovers and Wilwood 6-pistom front brake upgrade. All of which will have the car stopping and handling better than ever!

With the running gear and under carriage all sorted, attention was then turned to the exterior where the front end was updated with a S8 front bar and replica SP bonnet to increase air flow through the new front mount intercooler & H/Duty radiator.

The rolling stock, a set of gloss black FR Simmons tucked nicely into the arches contrast perfectly against the deep red duco and are the perfect finishing touch. 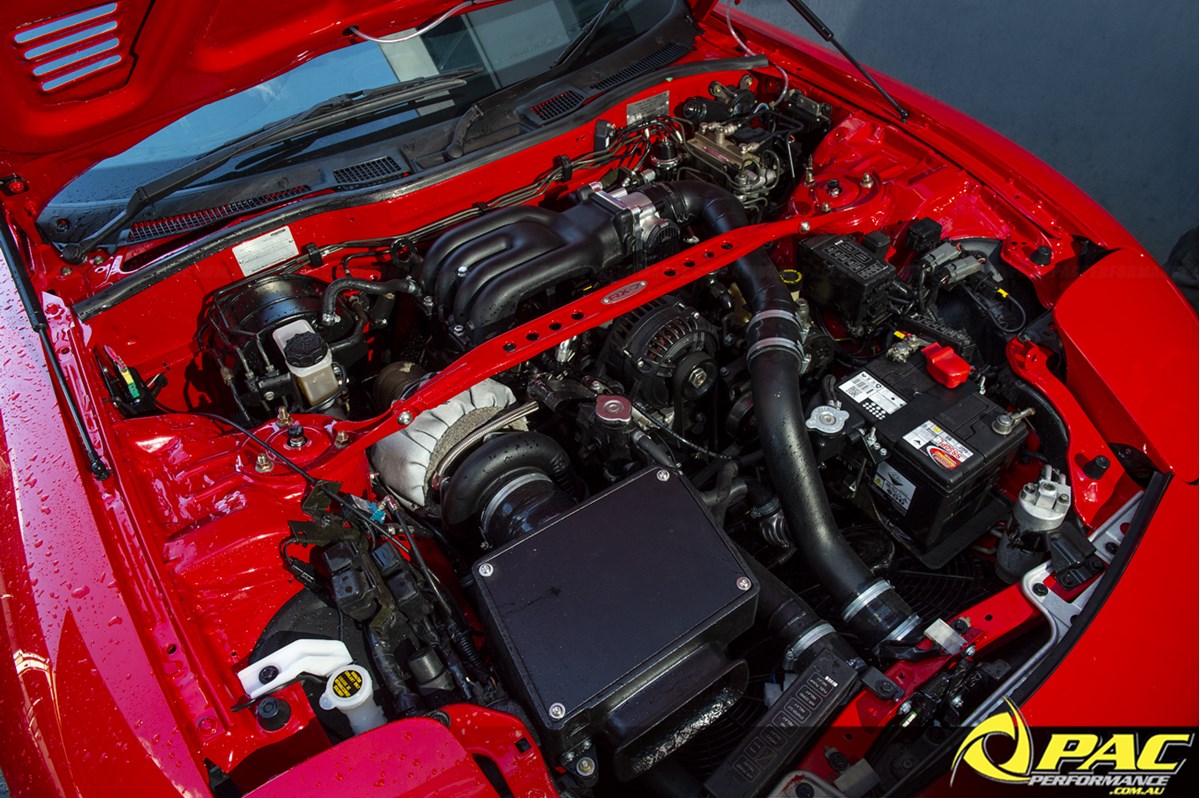 Under bonnet aesthetics are just as impressive too, which is not something you see often with FDs... But with some tastefull coating, tidy wiring & plumbing along with our custom air box, it's really as good as you can get without going all out for a show finish - remember this is a street car that's going to get used... Form & function all the way!

Inside the cabin Mazda had done a great job from the factory so not a lot needed changing. A set of tastefully-retrimmed recaro Sportster CS front seats with matching door trims, carbon dash fascia with Motech C127 display and a half cage to add some rigidity to the chassis & safety for the driver are the main updates, with other small additions like the Motec Rotary Dial panel used to control boost levels & other funtions of the ECU. 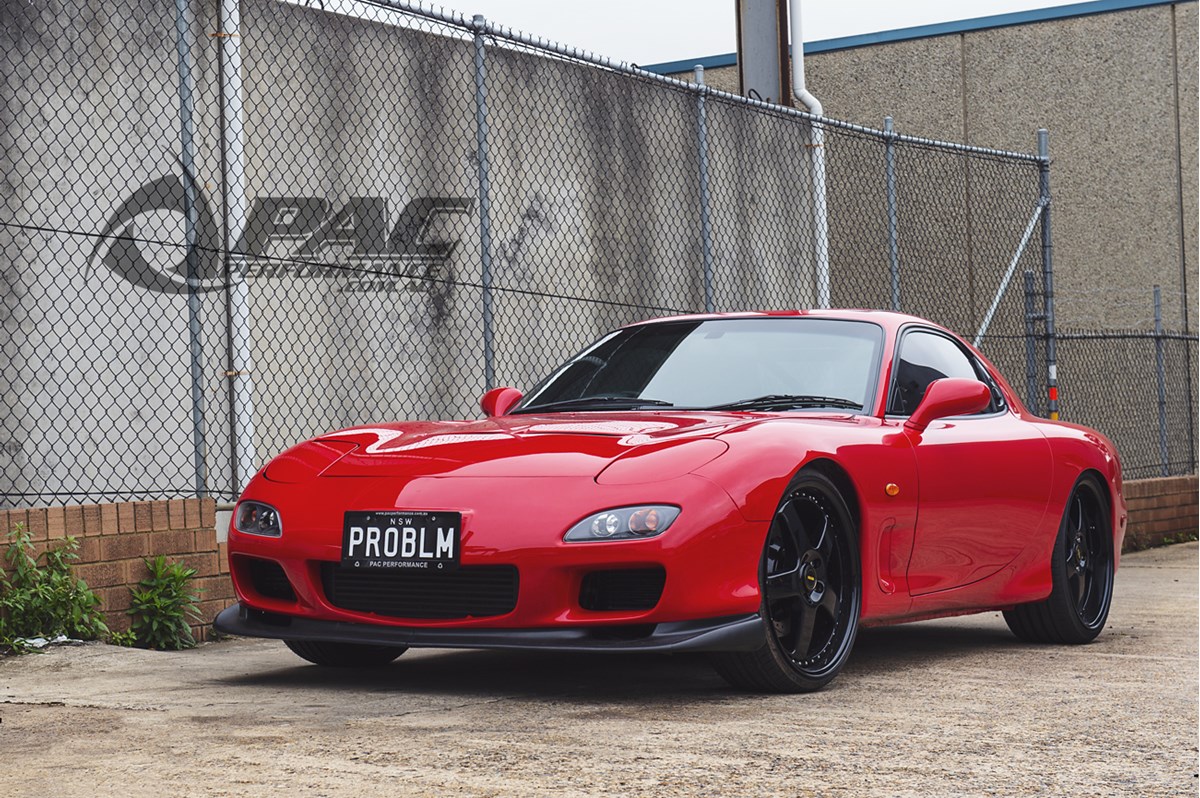 The result, well we think is simply amazing to be honest! the car drives, handles and looks flawless and would be right at home as a weekend cruiser, thrasher or even as a diley driver quite easily - really, what more could you want from a car?? 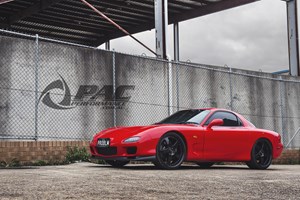 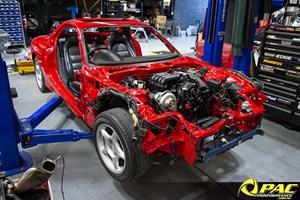 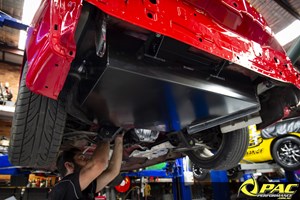 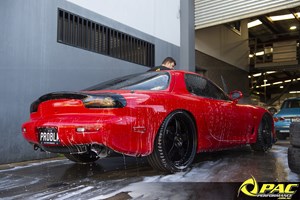 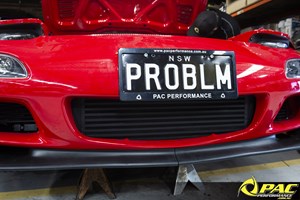 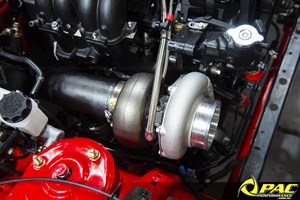 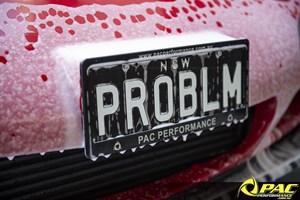 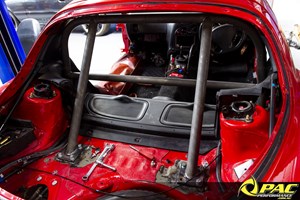 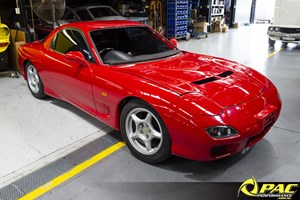 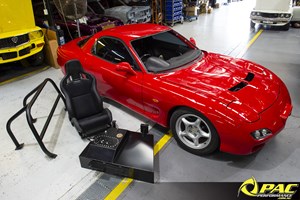 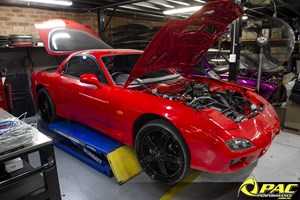